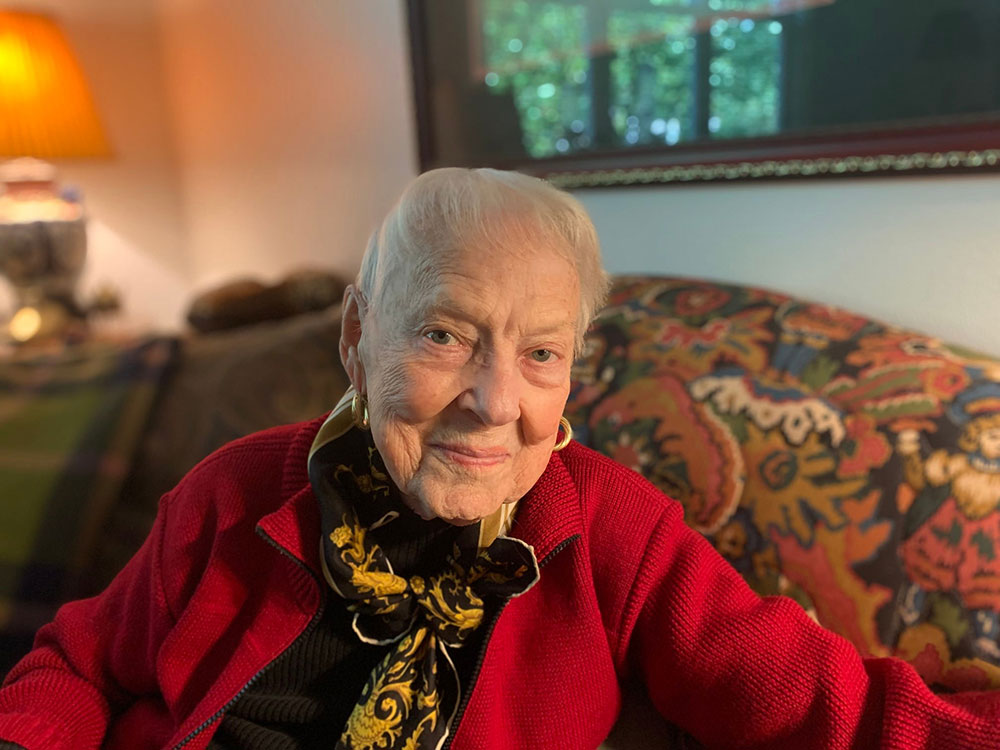 Polly Haeger has been a resident of the Village at the Harbor for over six years. On April 4th, 2022, we had the opportunity to sit down with her and talk about her life and how she found herself at the Village.

Polly considers herself a country girl; she was born and raised in Kentucky and has a strong appreciation for her roots. Polly grew up on a farm and recounted how she loved the tall grass and open fields, especially when she was riding her horses. She grew up around animals, and her admiration for them is something she has carried with her throughout her entire life.

Polly met her husband Vernon at 22, he had just graduated from pharmacy school. As a young pharmacist with a growing family, Polly and her husband acquired the local drug store in the heart of town and made a life of their own in Kentucky. Polly recounted how part of this included the building of their home, she stated, “my husband and I planned to never move out of that home, I would’ve liked to die there. There were custom touches in that house that were built in just for us by our friend, it truly was a home”.

As the years passed, Polly started feeling unsafe living in her home in Kentucky alone. It was at this point that Polly and her daughter decided it was time for Polly to move. They chose the Village at the Harbor because it was close to her daughter, in a small community, and allowed her companion dog; three things Polly appreciated most about her relocation. Polly mentioned on numerous occasions throughout her interview that she, “never wanted to leave home, but the Village is the only place I’d want to be other than my home”.

Since living at the Village, Polly has enjoyed exercising and painting. Painting has become one of her favorite hobbies, and her art can be found throughout the building. Polly most appreciates that the Village doesn’t feel like a hospital, but rather a community.

Thank you, Polly, for letting us share your story.